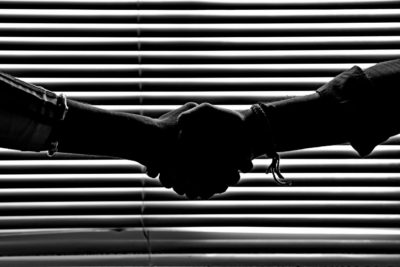 You can run from it, hide from it, but you cannot avoid office politics. If you are ambitious and you wish to climb the career ladder, you have to play the game. A lot of people figured it out the hard way, while others caught on fast. Regardless of which category you fall under, you must learn how to navigate your way.

We spoke to 5 Nigerians, and here's what they had to say about office politics.

I got the promotion

Well, as regards office politics, it has worked well for me. I’ve been working at my current place of work for the past 5 years. I heard my former supervisor was leaving, and I wanted his position. It came with benefits and an increase in salary. With the way this country is going, who would not like an increase in their monthly pay? But there was one problem, I was not next in line for the promotion. Before my former supervisor resigned, he told us he was leaving. So, I would go to him, ask what he needed, I just generally became friendly with him. After some time, I told him I’d like him to recommend me for his position. He was reluctant at first because everybody knew who the next in line was. But I was adamant, I’d execute my task and do extra work just to prove I was a worthy candidate. I made sure I highlighted my competitors' incompetence subtly and did his task also. When our former supervisor was leaving, he recommended me and I got the promotion.

I hate it so much, I can scream.

Workplace politics should be banned. It’s not objective, and I don’t know why people encourage it. I was due for a position at work, but I didn't get it. Apparently, the person they gave was friends with our CEO and I wasn’t. I was so angry, but I learned a lesson that day. No matter how qualified you are for a position or post, you have to get it yourself. You can’t say because you work so hard you would get it. As an employee, you still need to pull some strings and be friends with certain people. Since then I’ve started making friends with people in Csuit, this next round of promotion would not pass me by. But I must confess, I hate it so much, I can scream. I just want to work and it should be enough.

I play it well.

When my career kicked off I was a novice at office politics. I realized I was getting anywhere with the organization. My input on things was often overlooked. The most annoying experience was during a meeting, I made a suggestion and everyone ignored me. Someone else said the same thing, and the whole room started clapping. Ever since then, I started looking out for people with influence to talk with. Soon enough they were letting me in on opportunities. I got recommendations to take on projects and all that. Office politics is now my forte, I play it well. If you desire to get ahead career-wise, you have to learn how to play the game.

If you play office politics right, it would help you career-wise. But also put it at the back of your mind that it can hurt you too. It’s like a double-edged sword, be careful. I’m saying this because I once stepped on the wrong person's toes while I was trying to secure a position. That experience almost made me lose my job. If you saw the way I was begging, and pleading innocent. Just know whose side you are on when opinions are divided into two, and please make sure your side wins.

Know the rules and abide by them.

Some rules are not in your contract or handbook, but they are sacred. Know those rules and abide by them. Sometimes they are more important than the written rules. Where I used to work, it was an unwritten rule that no one leaves before the boss. We would wait for him to go home before we thought of leaving. The handbook said the closing time was by 5 pm, but if the boss was around by 6 pm, nobody moved. Obeying this type of rule would keep you at your job.

Your lack of attention to the dynamics in your office can cause more harm than good in the long run. Ensure to pay close attention to things and pull a few strings when necessary. As long as you're not causing anyone harm, you are good to go.