Here is Why Your Networking is Not Working 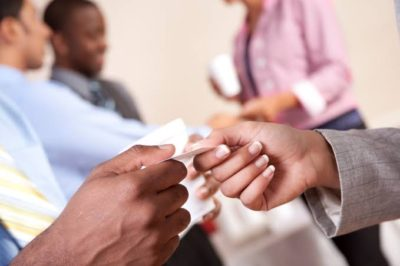 When you hear networking, what is the first thing that comes to your mind? My guess is you see yourself in a crowded room with men wearing tuxedos and women in designer dresses. In your imagination, you see wine, lots of wine, a host, people trying to make small talks here and there, and a lot of business cards switching hands. Also, you probably see yourself being introduced to your idol by a mutual friend. In contrast to this idea, networking is a different ball game. Keep in mind that networking can happen in the above-described situation, but at its core, it takes more than fine dining and fancy dresses.

In this article, we would demystify what networking is not

Networking is not attending events to meet people.

The sole purpose of networking is to build long-lasting relationships with people. Regardless of if you work together or are in different parts of the industry, you aim to find a connection. So attending parties or country clubs doesn’t mean you’re networking. But when you’ve made a meaningful connection with potentials, networking is complete. To make meaningful relationships, you have to, like the person most importantly, have something to offer, have something to learn, and you should trust them.

You must have heard to network; you must tell the other person about yourself. So when you meet that person you wish to network with, you forget to zip your lips and talk about you throughout the time you spend together. Now you’re wondering why they never reply to your mail after that or why they were cold towards you. The truth is no one likes to listen to someone talk about themselves always. Also, the event is supposed to be an escape from work, not a reminder of it. Relax, talk about things you both like. You’re more likely to retain their attention when you talk about their favorite football team than when you talk about how hard you work.

Although social media has made networking easier by cutting off the need for an event, some people still don’t understand its dynamics. Following people you admire or liking their posts only can be said to be the equivalent of stacking up business cards; they don’t count for much. To use social media to your advantage and harness its benefit, you have to engage (talk). You do this by commenting on their post regularly and sharing your opinion on what they say. After doing that, you can then send them a direct message introducing yourself. By then, they’re familiar with you to a certain extent.

When you realize what networking is not, you open yourself to networking effectively. The single act of networking can make all the difference in your career. Remember, the aim is to build relationships with people you admire and trust, so be yourself and watch the beautiful relationship you make.

Also read, 5 professional networking tips to get you that job