HR Personnel: What People Genuinely Think of Them 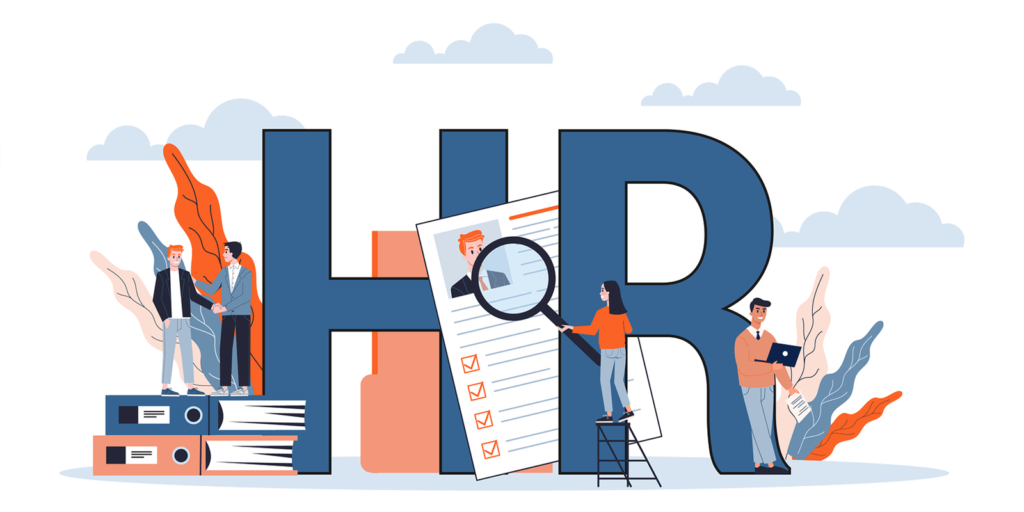 There is no doubt that the HR department, across the board, is generally under fire by employees. I wonder if HR professionals are aware of this and if they care. I had a chat with a few people, and here’s what they had to say:

What’s one thing you can’t stand about how HR operates at your workplace?

One thing I can’t stand about the HR department in my workplace is the tone-deafness to the issues and welfare of staff.

The HR ought to stand as an interface between the staff and the management/organization; hence it’s in their place to relate with staff and suggest ways to management that would bring about effective productivity from the other end.

In my case, the department is neither human nor relatable, and when you question the ethics behind their JD, it places you in a bad light in the organization; this shouldn’t be.

What I love? Err... not to be salty, but there isn’t anything to love about the HR department.

By virtue of my time and experience here, I get some form of insulation from certain realities. Still, I see many hindrances and difficulties that junior staff wouldn’t need to go through if HR was proactive about staff welfare.

If you were to recommend practical things that help HR serve you better at work, what would those be?

1. Be true to the job title. If you’re human relations, be human. Relate with the staff more. Understand their pulse point, challenges, and situations that slow their productivity.

2. Draft concepts that would make work a much better place for everyone. People will want to give their best if they feel like they are being valued at their place of work.

I remember something I read from Richard Branson:

"Train people well enough so they can leave; treat them well enough, so they don't want to.”

I feel HR was intentionally ignorant about things happening to their staff. I feel like they knew about certain things that went on, such as bullying, abusive language, especially by senior staff, and did nothing about it. In essence, they enabled it.

Before I continue, let me state my job.

I know the industry is harsh, but I feel the HR enabled a toxic work environment. They could not checkmate adverse management decisions that directly affected staff and the well-being of said staff. Even in the pursuit of profits, I feel like humans are not machines and HR could do more to get feedback from staff on management decisions and use said feedback to ease the pressure off staff.

Allegedly, over 300 staff resigned from my former organization between December 2020 and February 2021; this information was from an HR staff, not hearsay.

But what are they doing about the high rate of staff resignations? HR should do more than just employ. They should also create a suitable environment for people to stay after being employed.

One might say that they don't have the power to make certain decisions, especially in private organizations. Still, I believe a government institution should grant these powers to every HR department.

Few months before I left, they began this new thing where they had staff take surveys to give their feedback, but it wasn't objective. You could tell they were biased, which would mean that the final information won’t be accurate, and even after that, they didn't implement strategies that would solve most of the problems people complained about.

That is, they do not use information. They just get it and keep it. I feel they can do more. Yes, the use of surveys and stuff is good, but if they feel they can’t be objective, then they should outsource it to an independent unbiased third party to get the job done.

I understand that HR is an extension of upper management, but they could defend staff’s rights. Regarding pay, there should be adequate compensation in line with the economic realities. For example, GTB has steadily become more profitable in the past three years; however, staff benefits have remained static. They have cut off some while the upper management enriches their pockets. HR can argue in favor of staff to reduce staff attrition.

Great communication and openness, to a large extent. Excellent communication in terms of top to bottom at regular staff meetings. Openness because there's a channel for staff to ask any questions they may have anonymously, which must be answered at the staff meeting, and the answers are often transparent, well answered, etc.

What’s one thing you can’t stand about how HR operates at your workplace?

This question is difficult to answer objectively because I've got an HR background and experience in the same organization before transferring.

If you were to recommend practical things that help HR serve you better at work, what would those be?

What I do now is tricky. With little exposure or interference with HR, I can't say—no issues or challenges atm.

What I have noticed is that HR has sort of lost the influence they once had. There was a time that HR had the power to hire and fire, but now that power seems to have been revoked, and it’s predominant the responsibility of a Hiring Manager.

I had a colleague whose manager told me that he was on track with his performance according to its grading. Let’s say that happened in July, by October, when end-of-year appraisals commenced, his rating dropped to “no expectations met.” How do you go from “met all the expectations” and fell to “no expectations met” in the space of three months? This happened because he had issues with his boss.

My colleague challenged this - gathered proof and evidence of commendations by his boss; he sent these to the relevant managers and copied HR. What’s sad is that HR did not even bother having a conversation with my colleague’s boss to call the malpractice to order; what happened instead was HR having conversations with my colleague agreeing that what his boss did wasn’t right.

The Senior HR managers did not even intervene at all. At my workplace, HR, I am referred to as HR Business Partners. It’s almost like there’s no point to be honest because you can’t sit down with them and say, “this is what I’m going through; this is what my manager is putting me through.” They can empathize with you, but they don’t address the problem. So at the end of the day, people are generally wary of HR and feel they are on the management side.

I think it’s just that HR has lost the power to “hire and fire,” so bosses, who typically would be afraid of being fired, aren’t mindful of their actions towards employees as much anymore. A lot of people genuinely feel like “HR can’t help me.” They’ve lost the relevance and influence they once had.

Good so far. They take the “human” part seriously.

I think it’s more because of the values and the culture of the agency I work with. They are people-centric, and they have 5 Cs guiding them: Curiosity, Compassion, Courage, Camaraderie; I can’t remember the last one. So it’s a value system based on the fact that humans make the work work; they take care of them accordingly.

Also, we don’t have many HR “professors” in the department; it’s humane people that are there. However, they have their slips and mistakes once in a while, but compared to the things they get right, they’re on point!

So I guess it’s not all bad, but a lot more needs to be done to change this perception of HR.