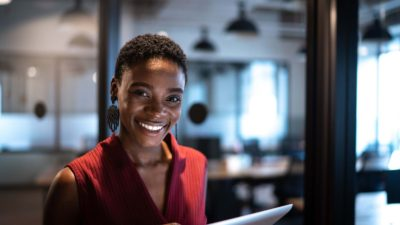 Earning in foreign currency can be said to be the dream of every Nigerian. Who doesn't want to get paid in dollars and spend in Naira? Just imagine what that money can do for you. Fola is not a stranger to this reality. Today, Fola shares her story on how she went from earning #150k per month to earning over $40k. Her journey would have you in awe. And maybe you can pick a few tips on how she made it happen. She also has a few tricks up her sleeves on how she effortlessly kills it at work.

Before we go into your salary and all that, what do you do?

I work in tech as a customer success manager, right? But funny enough, although I work in tech, I cannot code to save my life. Okay, I know basic HTML and CSS, but apart from that, nothing. As a customer success manager, I handle communications between the organization and its clients/customers. It’s just me standing as a bridge between the organization and its audience. The job involves me building relationships, acquiring and retaining customers. It’s fun; you get to meet the different caliber of people and know-how they think.

So what was it like while you were earning in Naira?

To be fair, when I was earning #150k, I felt like a big girl. You know, for starters, not everyone makes that amount. Amongst my peers then, I think I was earning the most, and I just felt good about it. I could save a little, go to work, and just be a baby girl for most of it. But then, things started getting funny after the first few months. #150k did not feel like #150k again. If you step out, the heavy debt that would hit, you’d think you were robbed.

I get this! So, How did you transition from earning in Naira to Dollars?

Okay, hmmm. When I left where I was working previously, I had two choices: start a business or look for another job. I meddled with entrepreneurship for a bit, and let me tell you, I respect every entrepreneur out there. Cause you’re just living your life knowing your salary is not sure by the end of the month. I got many recommendations, but I wanted something that would enable me to have time for myself and my family. While rejecting, someone mentioned this company in Ghana, so I decided to check it out. Guess what? They paid in dollars.

Goals! How did it feel like to earn in Dollars for the first time?

I’m going to be honest I was elated; it was about $2,500 per month. That was the most I’d ever earned in my life, and it was remote. I sat on my bed that day, and my head ran in circles when I made the conversion. It felt like I was introduced to this world that I didn’t know existed. The mental gymnastics of savings started looking like a myth, and it was so surreal.

That's about $30,000 annually. So by working efficiently, you got your salary doubled, or you renegotiated? I mean, how did you go from that to over $40,000 per year?

You quit the job?

Yes, I did. I wasn’t too comfortable with the work culture around there. Something about it didn’t just sit right with me. I mean, the pay was great and all, but it was still not something I wanted for myself, so I left.

So, tell me about the next job you got, how did you go about that?

Well, my husband told me that if I got the first one, I could get another. He kept sending me job links, and to avoid questioning, I kept applying, but nothing was happening. So I saw this remote job opening, but it was in America, and there was no way I was going to get it. The job description felt like me; I looked at it and said, “this is me,” but I didn’t get it. So I started building something on the side, which took most of my time. Again I started applying, and one day I got the news that I got the job.

It seems you dabbled in a lot of things. So how was your salary in this new place?

Yes, I did. They asked me how much I wanted to earn, and I was like, I’m sure you have a base salary. I was told their base salary was $40,000 per year, my spirit jumped, but my body was calm. So, I placed a counter offer. My defense was I earned something similar to where I worked before, and it would be nice to earn more. I went from earning #150k to earning over $40k.

How much more are we talking about?

Well, they got back to me after a while, and they doubled my salary. And they were telling me, sorry, sister, let us know if this is okay. In my head, I’m asking them how it would not be okay, but I had to remain calm. I’ve been working there, and it’s been excellent in every single way.

How did earning that much change your life?

My life did a 180. I mean, everything became clearer and calm. When they said money answers all things, they weren’t lying.

Money is key! What should people do to position themselves for these jobs?

What I did was that at a point I felt like I had read a lot, I took a lot of courses, and I just wanted to share what I knew. As a result of my hunger to impact lives, I started a blog on WordPress. There I would share everything I knew about customer success. After a while, someone reached out to me and said he would love me to write on his blog. The offer was nice, so I took it. I'd churn out articles weekly; people would comment, share, and tell me how the things I shared were useful to them. Apparently what I was doing was positioning myself such that, when I was applying for a job, I'd drop the link to that blog. Employers would go through the blog and say "oh yes, this girl knows her onions." That one thing helped me with credibility and visibility.

As a professional, I feel you should always share your thoughts about your field. You don't necessarily need to have a blog. It can be on Twitter, you can post on LinkedIn, just somewhere your employer can see how you think.