You’re Only Pregnant; You Don’t Have Cancer!” 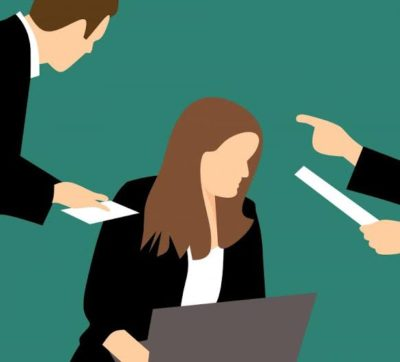 Here at CareerBuddy, we care about everyone being treated fairly and well. So for International Women’s Day, we thought it’d be great to hear from women in the workplace - the bias they face and their perspective on such issues. We chatted with a number of women and here’s a story:

Before my entrepreneurial journey began, I had 4 bosses. The first one was a foreigner, the next two were amazing people, but I had problems with the last one - she was a woman. I had heard stories about women having problems with their female superiors; they were only stories till I experienced it.

There was an occasion when my colleagues and I had a workshop that was scheduled to take place on the Island. I was worried about traffic because the workshop was going to be later in the day. We were 4 on the team. My male boss and I lived on the mainland while the other guys lived on the Island. We made plans to switch places with them to make things easier for everyone.

After we had the discussion about switching, this woman called me and said “the guys on the team said they were concerned about the state of your health and so they changed the time slots; I exchanged it back and I told them that you’re only pregnant, you don’t have cancer”

My expectation was she would understand better. I was only pregnant, why did she have a bias against me? In retrospect, I remember her telling me that I shouldn’t slack and I was like “I wasn’t planning to”. The funny thing is that at the end of the day, I never slept off at my desk. I wasn’t sluggish at work. There was never a time I called in sick.

This happened when I had just joined her team; I started to understand her much better after working with her for a while. In hindsight, after our working relationship progressed and we understood each other better, I realized she wasn’t trying to be mean to me. Because I was new to the team, and she didn’t know me, she was possibly acting out of fear. I think what she was actually trying to do was defend me.

She didn’t want me to be treated any differently by my colleagues just because I was pregnant. What she didn’t know was that my wanting to exchange slots wasn’t about my pregnancy at all, it was about me not wanting to be stuck in 3rd Mainland Bridge traffic.

See, the truth is, biases exist; I’d be lying if I said they didn’t. However, I think biases exist across all spectrums. I think there are biases against women, and against men.

I think it’s all about being more empathetic to see what other people are struggling with, and how they can be improved. It’s not just about being so consumed with our own struggles that we are oblivious to the struggles of others.

IWD aims to celebrate women’s achievements, raise awareness against bias, and take action for equality. Our goal at CareerBuddy is to be part of this much-needed conversation by highlighting and addressing gender-specific issues women face in the workplace. We hope that the stories we have gathered provoke, not only thought but much more, positive action towards making the workplace a conducive environment for everybody including women.